The Problem with Road Salt 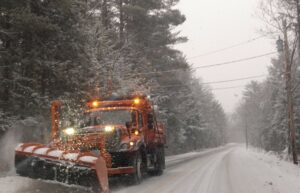 Rock salt is spread by private and municipal plow trucks throughout New Hampshire.

The amount of salt (chlorides) in New Hampshire’s fresh waterways and drinking water is increasing due to human activities.

In New Hampshire wintertime salt is applied to parking lots, sidewalks and driveways to melt and prevent ice and snow buildup with the intent of increasing the safety of drivers and pedestrians. When salt mixes with water, the sodium and chloride ions separate and interfere with water molecules’ ability to bond together and form ice. As snow and ice are melted, the dissolved salt travels into local streams and lakes and seeps into the groundwater. Salt applied to roads also causes damage to vehicles, infrastructure and particularly the health of our natural environment.

In New Hampshire’s Ossipee Watershed, Green Mountain Conservation Group has been tracking conductivity levels (a surrogate measurement for salt) in surface waters across the Ossipee Watershed since 2001, including levels for Ossipee Lake and its bays. Data show a steady increase in conductivity levels in all bays and the main lake since 2012. Ground water studies with Dr. Robert Newton and Smith College in 2009, 2016 and 2019 also show increases in chloride levels over time (chloride is a component of salt, NaCl). 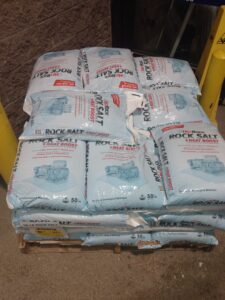 Rock salt is plentifully available and sold in plastic bags for everyday consumers.

“Salt is probably the thing that’s going to have the biggest, long-term effect on the most wells in the area,” says Dr. Newton. In addition to causing health concerns for those with high blood pressure and on low sodium diets, salty water is corrosive and can cause the release of heavy metals like lead and copper into water from plumbing and the soil. Once salt is in the environment, it is nearly impossible to take it out. Costs of chloride clean ups can run around $300,000,000, a cost that is estimated at 30-40% higher than efforts to protect drinking water in the first place, according to Scott Kinmond of University of New Hampshire technology Transfer Center. Kinmond states that projected costs associated with direct and indirect damage from road salt in the next 10 years in New Hampshire will be around $1.1 billion. Not to mention the host of other issues associated with salt in the environment, from damage to vegetation and soils to increased moose and deer strikes from licking the salt off roads. Salt also damages everything from shopping carts (that’s why they are now coated) to concrete and infrastructure, causing rust and corrosion over time.
Currently, Best Management Practices (BMPs) are the best means available for reducing salt use and impacts in the Ossipee Watershed. There are BMPs for salt storage, deicing materials storage and management, calibration of equipment, use of alternatives such as brine, application rates for parking lots and roads, and good housekeeping tips.

According to the Environmental Protection Agency, “road salt can contaminate drinking water, kill or endanger wildlife, increase soil erosion, and damage private and public property. Alternative methods are needed to mitigate these drawbacks.”

Salt’s Path To Your Ground Water 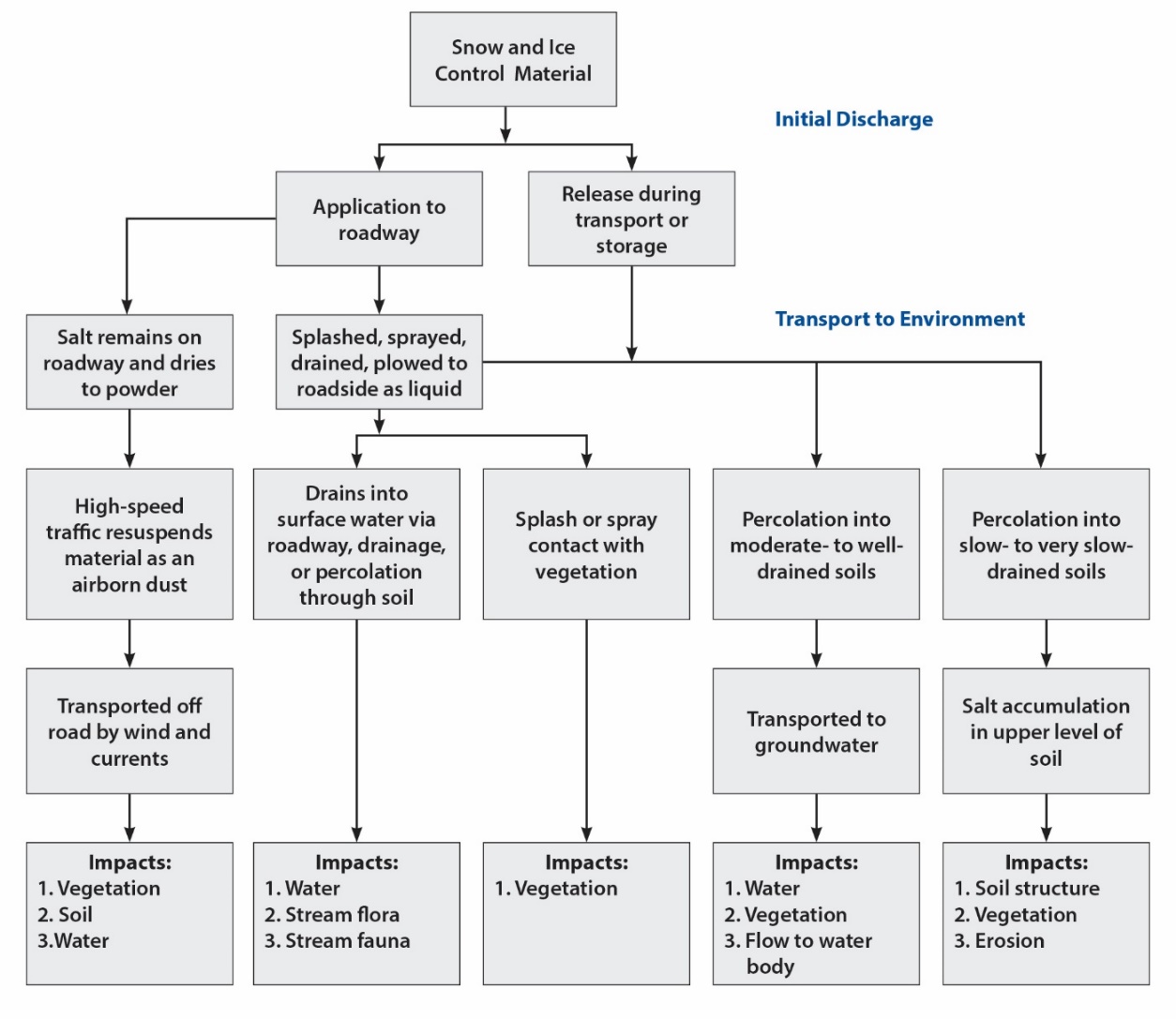